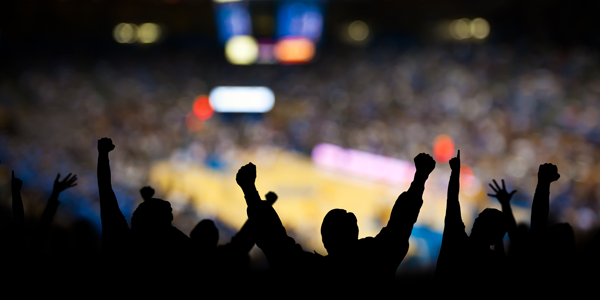 Talk about a turnaround. Last year, the Virginia men’s basketball team made history with an ignominious upset loss in the NCAA tournament.

It was a different story Monday night (April 8). When the Cavaliers won the nationally televised championship game over Texas Tech, they gave their coach the opportunity to reach a massive audience with an explicitly Christian message of redemption.

The Cavaliers prevailed by 85-77 in the overtime win over the Red Raiders after a last-second victory in the semifinal round against Auburn the previous Saturday.

“I think there was a bigger plan going on here,” Bennett said in a post-game press conference, according to FoxNews.com. “I wasn’t needed but I was used in it, and I hope that it’s a message for some people that there can be hope and joy in resiliency, and I’m thankful for what happened.”

“This is a great story,” Bennett said, adding that he played the song “Hills and Valleys” by Christian artist Tauren Wells.

“It just means that you’re never alone in the hills or the valleys,” Bennett said. “And we faced those from last year to this year. But the credit goes to these young men, and I can’t wait to celebrate with my wife and my kids and my parents. And I do want to thank the Lord and my Savior.”

Last season, with a 31-3 season record, Virginia became the first No. 1 seed in the men’s NCAA Division I tournament in history to lose to a No. 16 seed in the first round. Favored by 21 points, the Cavaliers instead were shocked by the unheralded University of Maryland Baltimore County Retrievers (24-10) with a final score of 74 to 54.

It was a soul-jarring loss for Bennett and his team. Afterward, Bennett quoted Psalm 30:5, “Weeping may endure for the night, but joy comes in the morning.”

On Monday, it was morning again for Virginia’s team and fans.
Bennett was the second major college sports coach this year to give praise to God following a championship.

On Jan. 7, Clemson coach Dabo Swinney credited the Lord after his team beat Alabama for the NCAA Division I football championship.

“Only God can do this,” Swinney said after kissing the championship trophy.

Swinney, who has called Christianity the foundation of his life, said in a post-game interview that, “All the credit, all the glory, goes to the Good Lord. Well, that’s been my word all year… For me, personally, joy comes from focusing on Jesus, others, then yourself.”

In the NCAA Final Four 2019 basketball tourney, the semifinal game two days prior to the championship game had dramatically different endings for Virginia and opponent Auburn.

As the clock ran down, the Auburn Tigers thought they had won, 62-60, and began celebrating. But an official called a very obvious foul that sent Virginia’s Kyle Guy to the free throw line. Guy, named Most Outstanding Player in the Final Four, ignored the pressure and drained three straight baskets with 0.6 seconds left to give the Cavaliers a 63-62 victory.

Virginia’s coach Bennett says he prays individually for each player and operates the program on five pillars he learned from his father, Dick Bennett, a retired college basketball coach. The pillars are: humility, passion, unity, servanthood and thankfulness.

In 2014, he told the Billy Graham Evangelistic Association, “It’s my hope that they’ll be able to find the truth in their lives that has really transformed my life. But I realize they’re all on a journey, and I certainly try to be respectful of that.”