March for Life Proclaims Being “Pro-Life Is Pro-Science”

WASHINGTON D.C. (January 18, 2019) — Under cloudy, drizzly skies and with temperatures in the 30s, the 46th annual March for Life turned the nation’s capital into America’s pro-life capital.

Tens of thousands of people gathered at the National Mall to hear speeches before turning up Constitution Avenue to march to Capitol Hill and end the march in front of the Supreme Court.

This year’s slogan is “Unique from Day One,” emphasizing that science shows life begins at conception when a completely unique human being is created. The accompanying theme is that “Pro-Life Is Pro-Science.”

On January 22, 1973, the Court issued its notorious Roe v Wade decision, followed by Doe v. Bolton. Together, the rulings struck down all abortion laws in the nation and ushered in mass destruction of life in the womb. At least 60 million babies have been aborted since then. Opponents of this patently unconstitutional and immoral usurpation of power have been marching annually ever since.

One of the most striking things about the March for Life is the age of the participants. Over the past few years, young people have dominated the ranks, coming from all over the country.

Surveys show that more Americans than ever are pro-life and willing to support legislation limiting abortion or outlawing it. 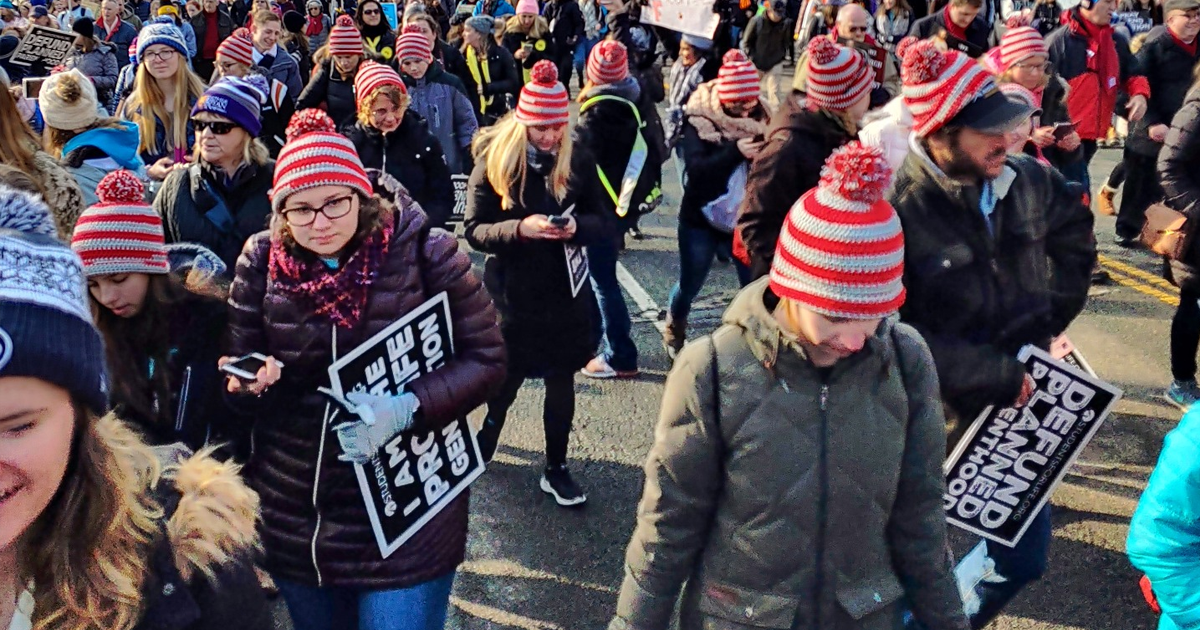 The list of speakers included Sen. Steve Daines (R-MT); Rep. Chris Smith (R-NJ); Ben Shapiro, editor-in-chief of The Daily Wire; Abby Johnson, founder of And Then There Were None; Dr. Alveda King, director of Civil Rights for the Unborn with Priests for Life; Dr. Kathi Aultman, fellow of the American College of Obstetricians and Gynecologists; Ally Cavazos, president of Princeton Pro-Life, and Archbishop Joseph Naumann, chairman of the United States Conference of Catholic Bishops Pro-life Activities Committee.

Vice President Mike Pence was slated to speak at a pro-life dinner that evening.

Also speaking at the march was one of the only pro-life Democrats left in Congress, Rep. Dan Lipinski (D-IL), along with Democrat Louisiana state Rep. Katrina Jackson.

“Certainly, inside Washington, you don’t find pro-life Democrats,” Rep. Lipinski told the Washington Times. “But about 30 percent of Democratic voters identify themselves as pro-life.”

On Thursday, Senate Democrats blocked a bill that would have banned the use of taxpayer money to pay for abortions. Each year, legislators insert into funding bills the Hyde Amendment barring federal funding of abortions. Supporters hoped to make it permanent, but needed 60 votes to override a Democrat filibuster.

The final vote on cloture (which would have allowed a vote on the bill) was 47 to 46. Two Democrats – Bob Casey of Pennsylvania and Joe Manchin of West Virginia – voted with 45 Republicans, while Lisa Murkowski (R-Alaska) and Susan Collins (R-Maine) voted no with 44 Democrats.

On Saturday, the pro-abortion Women’s March was originally slated to begin on the Mall, but was shifted to Pennsylvania Avenue’s Freedom Plaza because disputes over anti-Semitic remarks and associations by some of the parade organizers cut into the numbers of people saying they would march.

As for the March for Life, it never matters how bad the weather is in late January. The largest pro-life gathering in the world invariably begins and ends in high spirits and renewed determination to end a sorry chapter in American life.