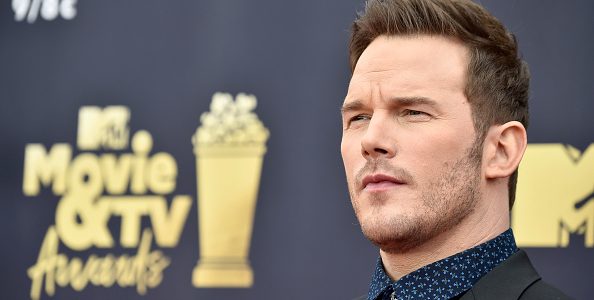 With “Jurassic World: Fallen Kingdom” about to hit the summer box office, Chris Pratt is one of the most bankable stars in Hollywood.

His latest film, “Avengers:  Infinity War” (2018) is still in theaters, having racked up $665 million at the box office since its release on April 27, and snagging the top worldwide opening of all time.

So, he was warmly received when he stepped to the podium on Saturday night, June 16, to receive the MTV Movie & TV Awards show’s Generation Award, which was televised on Sunday.

Pratt, 39, who was raised a Lutheran and is now a self-professed non-denominational Christian, has not kept his faith secret.  But his personal life of late has not been untroubled. After eight years of marriage, he and his wife with whom he has a five-year-old son, Jack, who was born prematurely and nearly died, are divorcing.

Still, he found the courage to speak truth to show-business power – and to millions of young people — in an unlikely setting.

Joking that, as “their elder,” he had sage advice, he listed nine rules for living.  Some of them were silly and even scatological, but in between, he offered these:

“You have a soul. Be careful with it.”

“If you’re strong, be a protector. And if you’re smart be a humble influencer. Strength and intelligence can be weapons. And do not wield them against the weak. That makes you a bully. Be bigger than that.”

“God is real. God loves you. God wants the best for you. Believe that. I do.”

“And finally, number nine, nobody is perfect. People are going to tell you, you’re perfect just the way you are. You’re not! You are imperfect. You always will be. But there is a powerful force that designed you that way. And if you’re willing to accept that, you will have grace. And grace is a gift. And like the freedom that we enjoy in this country, that grace was paid for with somebody else’s blood, do not forget it. Don’t take it for granted.”

He got a strong ovation from a crowd that also gave him scattered applause when he first referenced having a soul and believing in God.

Launched in 1981 as a rock video channel, MTV has largely been a corrosive cultural force, with sex-saturated shows and a consistently immoral worldview.  For Chris Pratt to give a simple proclamation of the Good News in such a venue, it was more than surprising.

It was downright revolutionary.

To God be the glory.